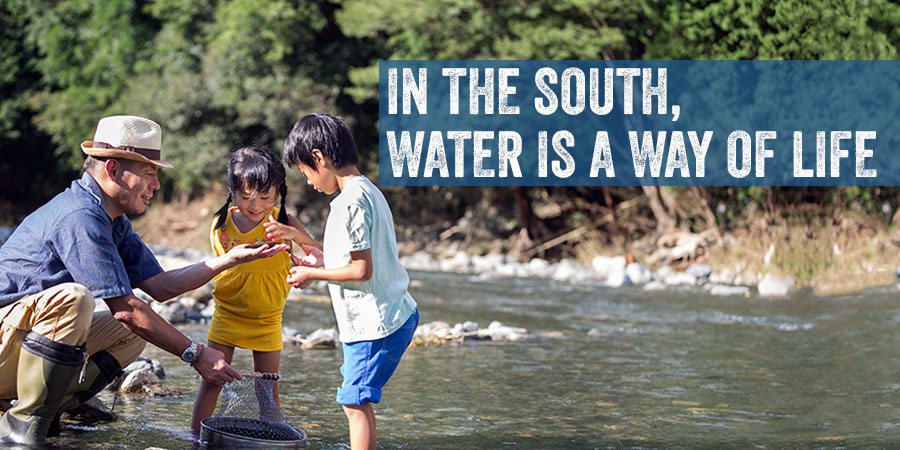 Just before the new year, the U.S. Environmental Protection Agency and Department of the Army announced a final rule for the definitions of “Waters of the United States” or “WOTUS”. The rule essentially goes back to the pre-2015 definition, which had been in place for nearly 45 years (prior to Obama’s and Trump’s revised rules), but is also intended to add more clarity to what waters are—and what waters are not—protected by the Clean Water Act.

The new rule does more to protect ephemeral (or “seasonal”) streams, which are essential for the Cahaba River’s headwaters and create the drinking water source for much of the Birmingham Metro. It also restores protection to many acres of wetlands that were left unprotected by the previous administration’s rule but remain critical to the biological, physical, and chemical integrity of our waters, including the exceptional biodiversity in the Cahaba River and other waterways throughout Alabama. The rule is expected to be more durable—and fair—for both industry and environmental protection.

Despite the updates and changes, there are still broad exclusions from the rule including those for previously converted croplands, water-filled depressions—including swimming pools, obviously—and swales and ditches. These waters will remain unregulated by the Clean Water Act.

Opponents of a strong WOTUS definition have always pointed to a lack of clarity about what will be protected, stating that every puddle, pothole, and horse trough would be regulated by the federal government. This is simply misinformation designed to confuse farmers, developers, and landowners. Instead, this new rule incorporates two “tests” to determine what qualifies for protection: the “Significant Nexus” test by former Supreme Court Justice Anthony Kennedy and the “Relatively Permanent” standard, written by Justice Antony Scalia and opinion shared by the court’s conservative majority.

A strong and durable definition of what waters are protected under the Clean Water Act is critical for drinking water, flood protection, and safe water recreations for fishing and swimming.

Tags: Clean Water Act, Waters of the US, WOTUS
Share