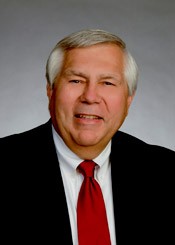 Stan is the Vice President of Supply Chain and Operations for Coca-Cola Bottling Company United, Inc., headquartered in Birmingham.  Stan is responsible for all manufacturing, warehouse operations, demand planning, fleet and facilities within the Coca-Cola UNITED franchise territory. Coca-Cola UNITED is the second largest privately held Coca-Cola bottler in the U.S. and the fourth largest overall in North America.  The company now has 60 facilities throughout the southeast in Alabama, Louisiana, Mississippi, Georgia, Florida and Tennessee, and employs approximately 10,000 associates. Stan is a second-generation bottler, with nearly 50 years of supply chain experience, 34 of which are in the Coca-Cola system. Since joining the Coca Cola UNITED family in 2000, Stan has led the company’s supply chain and manufacturing operations.