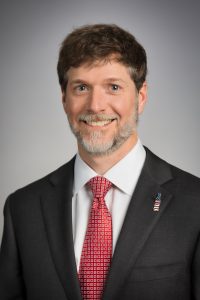 Craig is Vice President and Treasurer, Coca-Cola Bottling Company UNITED and has been employed by the company since 2004. He is a Certified Public Account and previously worked in public accounting for Arthur Andersen and KPMG. He is a graduate of the University of Alabama. Craig is currently involved in the 1st and 10 Club supporting University of Alabama athlete’s career aspirations and is past Treasurer of the Vestavia Hills City Schools Foundation as well as past Chairman of the Board of Directors for Easter Seals of the Birmingham Area. Craig and his wife, Caroline, have two sons, Fletcher and Foxx, and live in Vestavia Hills, AL. Craig’s hobbies include attending his sons’ sporting events, golfing, camping, snow skiing and mountain biking.