Do you fish in the Cahaba? Here’s what you need to know about where fish is unsafe to eat. 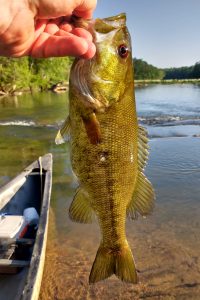 In July, the Alabama Department of Public Health released its annual fish consumption advisories, a list of the state’s recommended limits on eating different types of fish found in Alabama’s rivers and streams.

The department catches and tests certain types of fish and then issues advisories to anglers not to eat fish or limiting consumption of fish that are contaminated with dangerous pollutants. One hundred and thirty two advisories were issued across 98 waterbodies in Alabama.

There are only four locations along the entire length of the Cahaba where fish tissue is monitored, while our neighboring Black Warrior River is monitored in over twice as many locations per square mile. Given the limited area designated for these advisories and the widespread air deposition source of the mercury, we think it would be prudent for the Alabama Department of Public Health to consider extending the fish consumption advisory to the entire Cahaba River until more extensive fish-tissue sampling can show that the mercury contamination is not more widespread.

Fishing is a popular activity along the Cahaba, and many anglers rely on this food source to supplement their family’s diet. These people deserve to know whether the fish that they are eating are safe.

Here are the current fish consumption advisories for the Cahaba River:

Click on the map below or click here to see a map of the areas effected by fish consumption advisories. 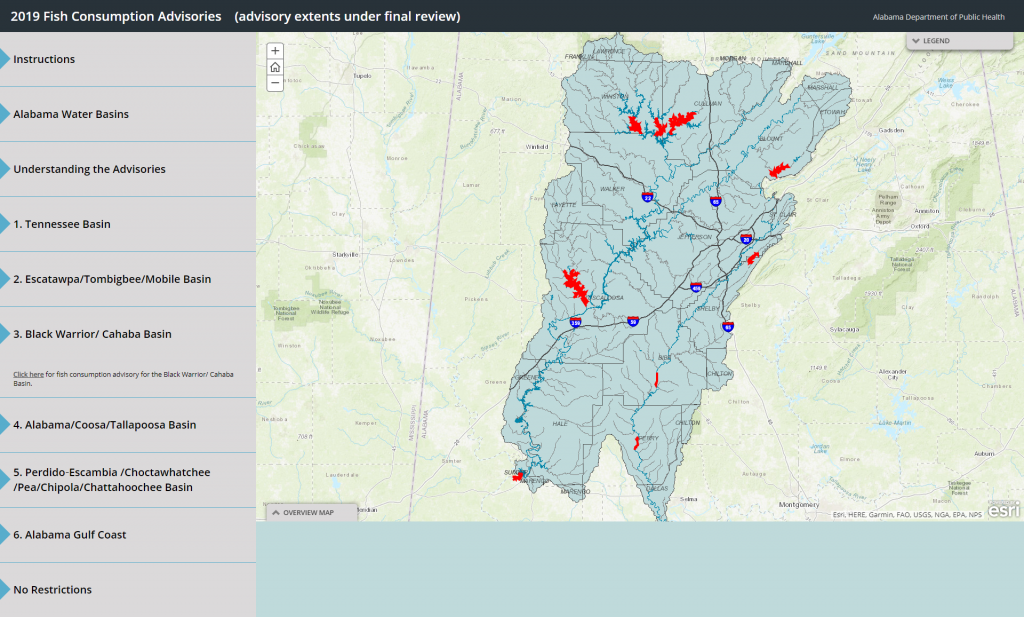 “These advisories serve as a reminder that our backyard is polluted and potentially dangerous,” Curt Chaffin, policy director at the Alabama Rivers Alliance, said. “The state provides a vital public service by warning folks not to eat our contaminated fish, but we must understand this is a public safety issue. Fishing is a way of life in Alabama — generations of us have made countless memories and supported local economies from getting out on the water. We will always fish in the River State; we just need to make sure Alabamians have the information needed to do it safely.”

To learn more about the toxins in our fish and rivers, and for more information about FISH GUIDE, please visit www.CoosaRiver.org/FishGuide or www.AlabamaRivers.org/FishGuide